The ACLU of Iowa is always on guard to ensure that the First Amendment’s protections never waver for anyone—including citizens, journalists, and even those we disagree with.

We believe every Iowan should be able to enjoy the freedom of expression guaranteed in the First Amendment of the U.S. Constitution, which encompasses freedom of speech, the press, association, assembly, and petition.

We’ve defended freedom of speech in every corner of our state. Our quest even took us to the Supreme Court of the United States in 1969. In Tinker v. Des Moines Schools, the court ruled that students do not “shed their constitutional rights to freedom of speech or expression at the schoolhouse gate.” That ruling has ensured that student activism runs strong in Iowa even today.

We haven’t just protected the freedom of speech rights of students, but also those of communists, Nazis, Ku Klux Klan members, accused terrorists, pornographers, anti-LGBT activists, and flag burners. That’s because the defense of freedom of speech is necessary even when the message is one people find offensive. 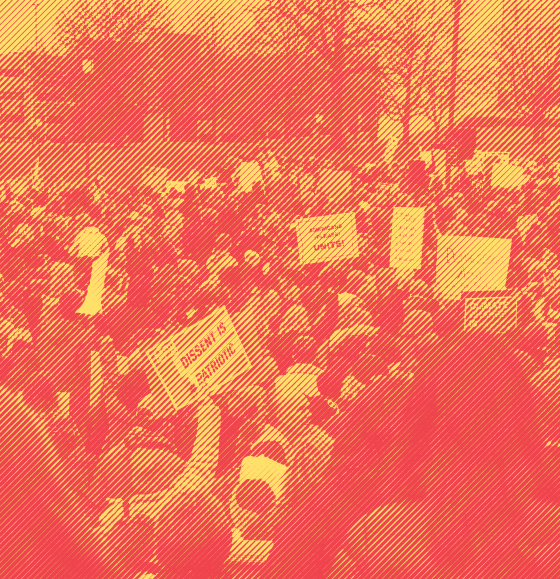 Iowa Cities Should Repeal Bans on Asking for Help