Why Iowa Must Ban Traffic Cameras

Traffic cameras are all about generating money, with unfair ticketing practices that have little to do with safety. 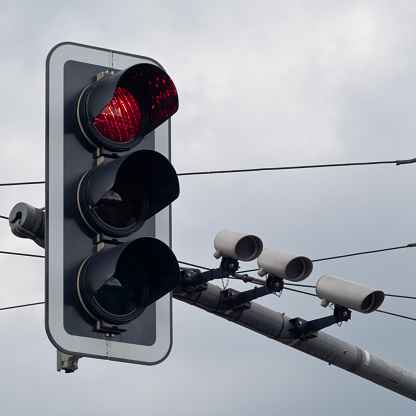 Many Iowans support traffic cameras because their local government officials claim that these devices will improve safety. But for people all across the state—and country—who have lived under the daily scrutiny of traffic cameras, it quickly becomes a different story.

A number of states have already prohibited the use of traffic cameras. The Iowa Legislature is currently considering a bill for Iowa to do the same (Senate File 516). We support this bill. Here's why:

The safety data that is often cited is actually conflicting. In some places, for example, traffic cameras have led to an increase in rear-end accidents as drivers rush to slam on the brakes to avoid an automatically generated ticket.

Traffic cameras also are unlikely to protect against many of the most dangerous drivers. A traffic camera, for example, is far less likely to stop a drunk driver than flesh-and-blood police. Also, because the citation information collected by cameras doesn't get reported to the Iowa Department of Transportation (unlike speeding tickets issued by officers), it isn't effective in flagging repeat high speeders.

What we do know for sure is that traffic cameras are revenue generators. They can bring in millions of dollars every year for the cities that set them up—with little to no indication that they are doing anything to promote public safety. They become like an involuntary, confusing, unfair fee on car owners.

It’s clear: Traffic cameras are more about making money for cities than they are about safety.

It's also concerning that vehicle owners get ticketed, rather than the actual driver (a child, a spouse, etc.).

There is also a problem of insufficient notice when cities do not post signs in areas where drivers are approaching traffic cameras.

It is also unfair that traffic cameras ticket small offenses, such as stopping slightly over the white line—offenses officers are unlikely to ticket. Some cities also shorten yellow light times to increase violations and increase revenue.

We're troubled that localities have become reliant on the revenue the cameras generate. And even if you support local government getting additional revenue, realize that in Iowa, a staggering amount of money goes to the out-of-state traffic camera vendors. To add insult to injury, unlike our local government, these private companies are not subject to open record laws, which could be used to track down traffic camera misuse and abuse.

Perhaps more than anything, we oppose the Big Brother approach to governing that traffic cameras embody. Traffic cameras allow for government monitoring of our driving behaviors at a scale that exceeds what is possible when using traditional traffic enforcement methods.

The bottom line is that Iowa needs to ban traffic cameras. Cities right now can do almost anything they want with traffic cameras, with few restrictions on how they may and may not be used, or how to spend the millions of dollars they take from people every year.

A number of Iowa cities are using traffic cameras, with several considering adding them. This means the problem will get worse, not better. We urge state legislators to take this opportunity to act now, and in doing so, protect the rights of all Iowans.