Urbandale High School’s Emma Shipley is the winner of the American Civil Liberties Union of Iowa's 2012 Robert Mannheimer student video contest, which explores a civil liberty that is important to the entrant.

Emma’s video documents the landmark 1969 U.S. Supreme Court case, Tinker v. The Des Moines Independent Schools. Three Des Moines students wore black armbands to school to support a truce in the Vietnam War and were sent home because of it. With the help of the ACLU of Iowa, the students filed a lawsuit, maintaining that even as students they had a basic right to freedom of speech and expression. The Court agreed and Tinker has been the most important student rights decision ever since.

“I decided to do a documentary on Tinker v. Des Moines because the idea of students standing up for themselves was really inspiring to me,” Emma says.

“I decided to do a documentary on Tinker v. Des Moines because the idea of students standing up for themselves was really inspiring to me,” Emma says. 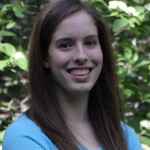 ACLU of Iowa Executive Director Ben Stone says the video was selected because it "provides a comprehensive and thoughtful perspective on a case that is obviously dear to our hearts.  The Tinker ruling continues to be our affiliate's greatest contribution to freedom. Ms. Shipley's video reminds us that student speech continues to play an important role in our democracy."

Runners-up in the contest were Natalie Williams and Kelly Oeltjenbruns, Southeast Webster-Grand High School students in Burnside who created a video called, “The Fight to Fight” about the struggle of African-Americans to serve with full recognition and dignity in the U.S. military.

The Mannheimer Award was established by the family of the late Robert Mannheimer, a Des Moines attorney who supported the ACLU of Iowa for more than 50 years as a cooperating attorney, board member, and donor. The winner receives a $500 cash prize and an ACLU membership.

The annual contest is open to students in 7th through 12th grades in Iowa. The video must be about a civil liberty the student particularly prizes, such as freedom of speech and expression, racial justice, student rights, immigrant rights, the right to privacy, and fair treatment regardless of gender, religion, or sexual orientation. The video should be between 3 to 12 minutes.