The ACLU of Iowa today sent a letter to the Iowa City Public Library on behalf of the ACLU’s client, University of Iowa student Kellsie Pepponi. 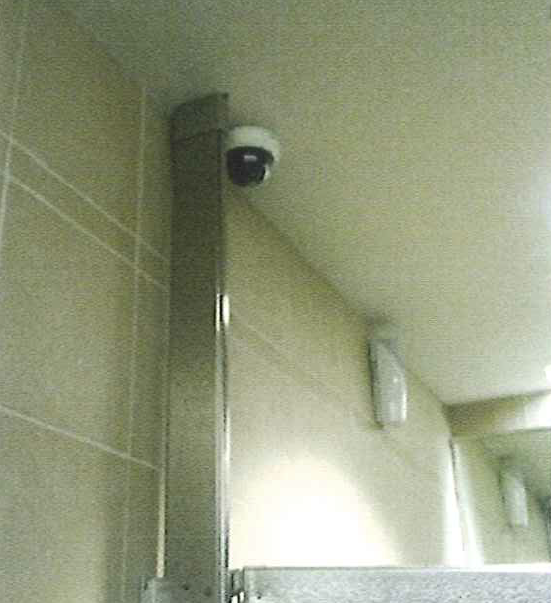 The letter concerns the use of surveillance video cameras in the library bathrooms and the problems with the signs the library created about the cameras, and identifies multiple problems.

A prior open records request the ACLU submitted revealed that the cameras have recorded activity that people should be able to keep private, and seek refuge in the bathrooms in order to obtain that privacy, including a young girl changing her clothes, a woman sponging herself off using the sink and paper towels, a man zipping his pants and adjusting himself. (The ACLU will not be sharing this video to protect those individuals’ privacy.)

This video is also concerning because—since it is being recorded and collected by a government entity and fitting no exceptions under Chapter 22—it is subject to public disclosure under Iowa’s Open Records Law. But again, the signs don’t warn patrons of that fact.

Kellsie Pepponi, a Univeristy of Iowa student, is a frequent library patron who has already complained to the library, and they have not altered their practices. "I was shocked when I looked up inside the women's bathroom at the library to see that I was being video-recorded inside the bathroom,” Kellsie said. “I felt immediately that my privacy was violated. I had seen the sign about cameras outside the women's bathroom, but I understood that to be informing patrons that they were subject to recording in the area outside the bathrooms, not inside it. I think the cameras need to come out of the bathrooms, and at the very least, the signs need to accurately inform library-goers that they will be recorded inside so they can choose to use the bathroom elsewhere if they can."

Rita Bettis, ACLU of Iowa Legal Director, said, “The ACLU of Iowa is now assisting Ms. Pepponi in the hope that we can work with the Iowa City Public Library to change its practices and remove the cameras from the library bathrooms. At the very least, we insist that signs be changed to provide full and accurate warning to patrons that they will be recorded inside the bathrooms, and that the footage may be obtained as a public record. While individuals are given notice that they are being recorded, library patrons have an expectation that these private acts should not be observed nor recorded by a government entity.”