The ACLU of Iowa is pleased to announce that it is giving its prestigious Louise Noun Award to the Rev. Anna Blaedel of Iowa City and the two organizers of the Iowa Women’s March, Sandy Mostaert of Ely and Stefanie Munsterman-Robinson of Cedar Rapids .

United Methodist minister, the Rev. Anna Blaedel, is changing that. Back in April, Rev. Blaedel, a United Methodist campus minister at the University of Iowa, followed her conscience to treat all couples equally and officiated a same-sex wedding.  She risked possible censure from her church, which could include the loss of her position and ability to continue as a minister. In the end, a complaint against her was brought to resolution and she succeeded in moving the conversation in her denomination a few steps forward.

It’s not the first time Rev. Blaedel has forced her denomination to grapple with acceptance of LGBT individuals. Last year, she came out in a landmark sermon to the Iowa United Methodist annual conference in Des Moines. Just being openly gay could have led to the loss of her ministry, according to denomination rules. But she has persevered and remains one of the most compelling, progressive voices in the Iowa United Methodist Church.

Mark Stringer, ACLU of Iowa executive director, himself a Unitarian Universalist minister, said the Rev. Blaedel’s actions were both “humble and tenacious.”

“She has not backed down. She has compassionately and respectfully argued for what is just.  And she has been willing to persist for long as it takes to change minds and hearts. She has been a model of how to live a life of integrity. I’m delighted that we can recognize her with this award.”

The Organizers of the Women's March 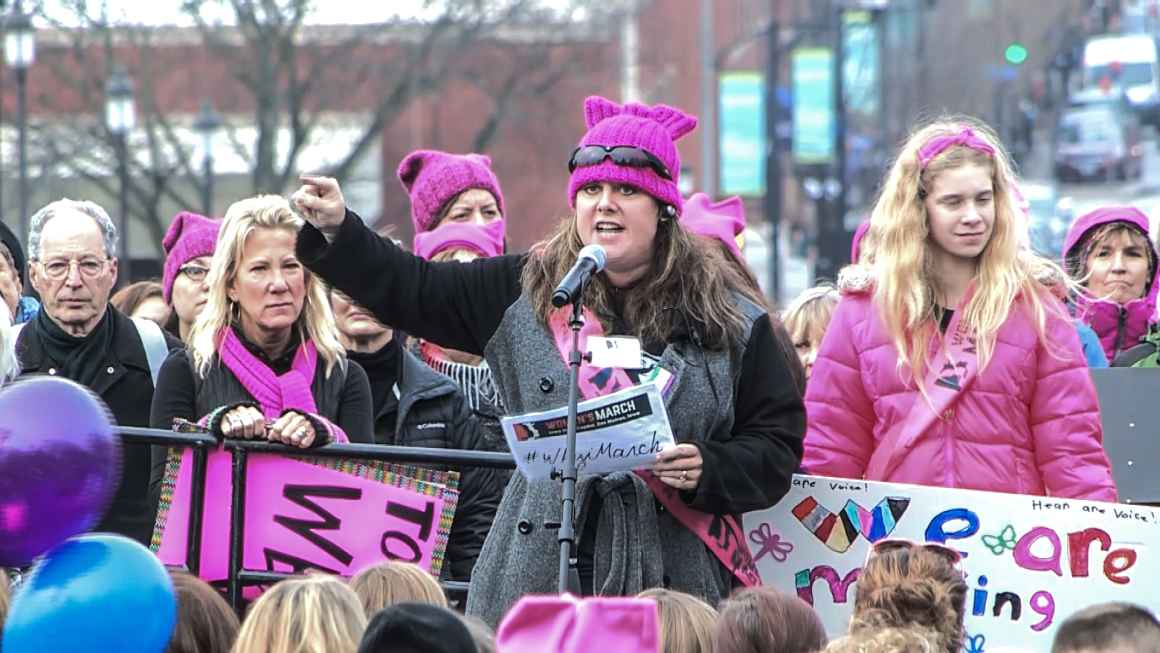 Like so many others, immediately after the election of President Trump, Sandy Mostaert of Ely (shown above) and Stefanie Munsterman-Robinson of Cedar Rapids (shown below with daughters Ali and Julia) feared what the new administration would bring, especially for women and gender equality.

Mostaert, with the assistance of a small committee, thought the Des Moines event might get a few hundred people, tops. But the signups began to pour in and she soon realized that they had a major event on their hands. The organizers could have stepped back or cancelled, but instead, they made the event their full-time job and continued. The momentum continued and then just six days before the event RSVPs swelled from 5,000 to 10,000 for the rally at the Iowa State Capitol. 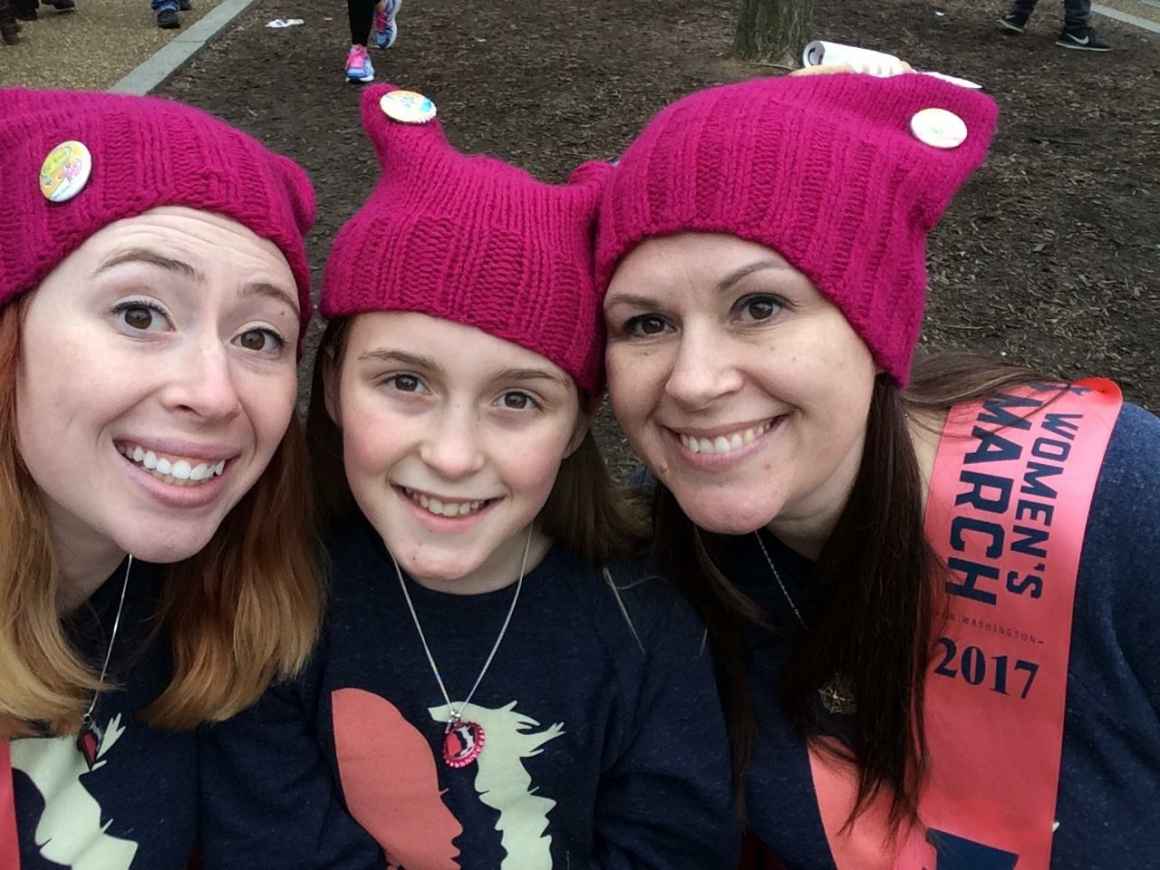 They could no longer have the January event inside the Capitol as originally planned, so in a matter of days they organized and raised $20,000 to cover everything from a monster public address system to porta-potties to accommodating busloads of people to getting permits from the city. The largest previous rally in Des Moines was 10,000 or so. The Women’s March at the Capitol easily topped that record: an estimated 26,000 men, women, and children came together to show their concern and demonstrate without incident.

Mostaert has continued to work with the Women’s March, organizing events and advocacy in the subsequent months. Munsterman-Robinson now works to assist woman-owned companies and women running for office.

Stringer said the ACLU of Iowa "is recognizing just two people, but we know that there are many who were key to making the Women’s March in Iowa happen, including events in several other Iowa locations. This seemed like a good way overall to acknowledge the thousands of Iowans who came together to stand in solidarity, raise their voices, and create a moment in history.”

Recognition at the ACLU of Iowa Bill of Rights Brunch

All three women will receive their award at the ACLU of Iowa Bill of Rights Brunch Saturday, Sept. 23, from 10:00 a.m. to 12:30 p.m. at the Greater Des Moines Botanical Garden.