End All Felony Disenfranchisement in Iowa

In Iowa, people with felony convictions can vote only after they've discharged their sentences, including probation, parole, and any special sentence. Thousands more can't vote because their felony was under Iowa Code Chapter 707, which includes different types of homicide.

But voting is a right, and a person's right to vote should never be taken away. That's why the ACLU is fighting so that people with criminal convictions are never stripped of this fundamental voice in their government.

Felony disenfranchisement laws have an important racial impact. Black people in Iowa have been disproportionately hurt by this law.

The ACLU of Iowa supports an amendment to the Iowa Constitution that will once and for all stop the permanent disenfranchisement of Iowans with felony convictions.

Recent Changes in the Law

On August 5, 2020, Gov. Kim Reynolds signed an executive order that restores voting rights to Iowans convicted of a felony, but only after they have discharged their sentence. It also doesn't restore voting rights to those people with homicide charges. They have to apply individually to the governor for restoration of their voting rights.

Not only does the executive order not go far enough, it isn't permanent. Another governor could issue an executive order that would reverse Gov. Reyold's order. A constitutional amendment is still needed for permanent change. 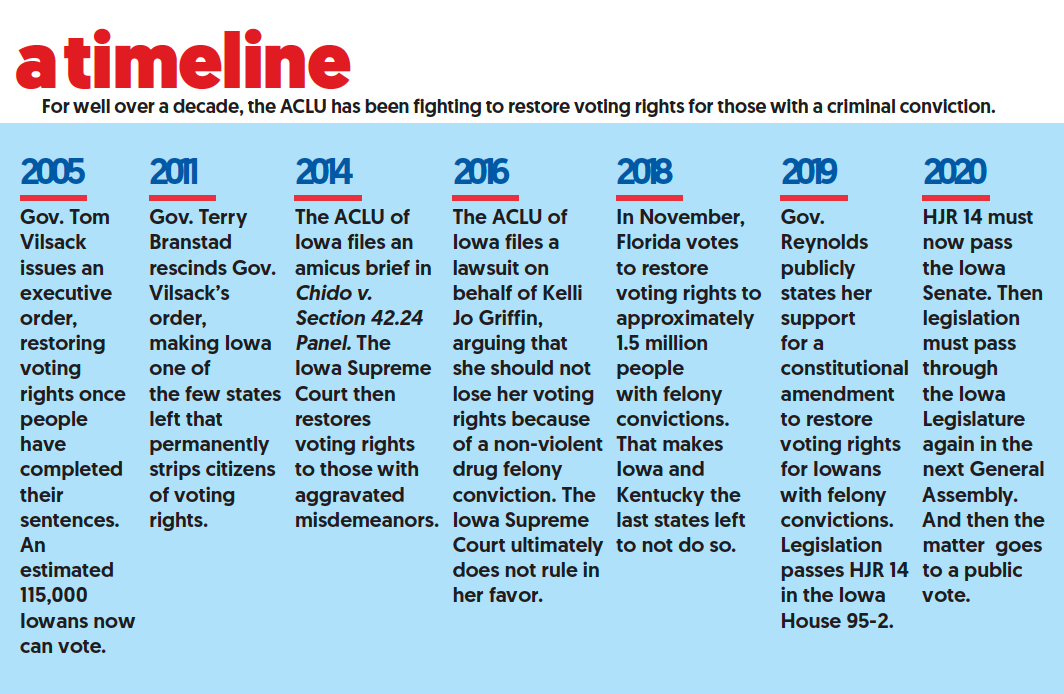